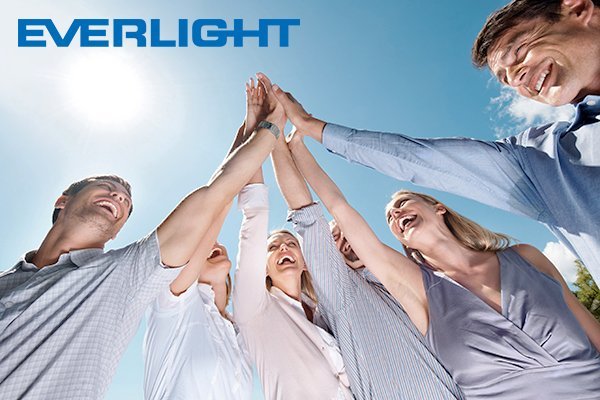 Shulin Dist., New Taipei City – Oct 11, 2018 – On October 1, 2018, the United States Supreme Court (SCOTUS) issued its final order rejecting Nichia’s attempted appeal.  The SCOTUS order means that the judgement finding that all asserted claims of Nichia’s white light LED patents US 5,998,925 and US 7,531,960 are invalid is FINAL and EVERLIGHT has won its ultimate victory.

EVERLIGHT filed a Declaratory Judgement action against Nichia in the U.S. District Court for the Eastern District of Michigan on April 20, 2012 seeking a judgment that two of Nichia’s YAG white light LED patents (US 5,998,925 and US 7,531,960) were invalid, unenforceable, and improperly issued by the U.S. Patent Office to Nichia.  On April 22, 2015, after a 12-day trial, the jury found all asserted claims of Nichia’s YAG white light LED patents invalid on the grounds that the patents were obvious over the prior art and separately found certain claims of the ’960 patent invalid for lack of enablement. The District Court for the Eastern District of Michigan confirmed the jury verdict on January 25, 2016.  Nichia appealed, and changed its law firm when the case moved to case to the United States Court of Appeals for the Federal Circuit (CAFC). However, the CAFC affirmed the invalidity of the patents on March 30 this year. Nichia lost the appeal, then changed its law firm again to pursue an appeal to the Supreme Court of the United States. The Supreme Court rejected Nichia’s attempted appeal of the judgment of invalidity.  Nichia was defeated again.

The director of EVERLIGHT IP Department Lin, Hsien-Chia said, “the primary purpose of patent rights is to protect the innovative results of research and development, and the laws are created to encourage industrial development. When a competitor interrupts the market by means of lawsuit, we carry out persistent and relentless action as response, and commit ourselves in fair market competition.”

Below is the status of Nichia’s YAG white light patents:

EVERLIGHT continues to make efforts in and expand its ability of the research, production, and design of technology and products, and deepen its deployment of intellectual property rights to enhance product competitiveness. EVERLIGHT possesses a strong patent portfolio in the key markets including America, China, Japan, Europe, Korea and Taiwan, and will keep offering quality services and products to its customers. In response to any untrue market news about EVERLIGHT, EVERLIGHT will initiate international lawsuits as necessary to protect its customers’ and shareholders’ benefits and rights.

We use cookies on our website to give you the most relevant experience by remembering your preferences and repeat visits. By clicking “Accept”, you consent to the use of ALL the cookies.
Cookie settingsACCEPT
Manage consent

This website uses cookies to improve your experience while you navigate through the website. Out of these, the cookies that are categorized as necessary are stored on your browser as they are essential for the working of basic functionalities of the website. We also use third-party cookies that help us analyze and understand how you use this website. These cookies will be stored in your browser only with your consent. You also have the option to opt-out of these cookies. But opting out of some of these cookies may affect your browsing experience.
Necessary Always Enabled

Any cookies that may not be particularly necessary for the website to function and is used specifically to collect user personal data via analytics, ads, other embedded contents are termed as non-necessary cookies. It is mandatory to procure user consent prior to running these cookies on your website.

SAVE & ACCEPT
Scroll to Top